Currently, there's only one way to enter Tudor City by car ‒ E. 41st Street ‒ and only one way out ‒ E. 43rd. Originally, however, there were two other options, a pair of ramps on either side of 42nd St. We believe they were constructed in the 1870s, around the same time that middle-class rowhouses began to appear on what was then known as Prospect Hill. 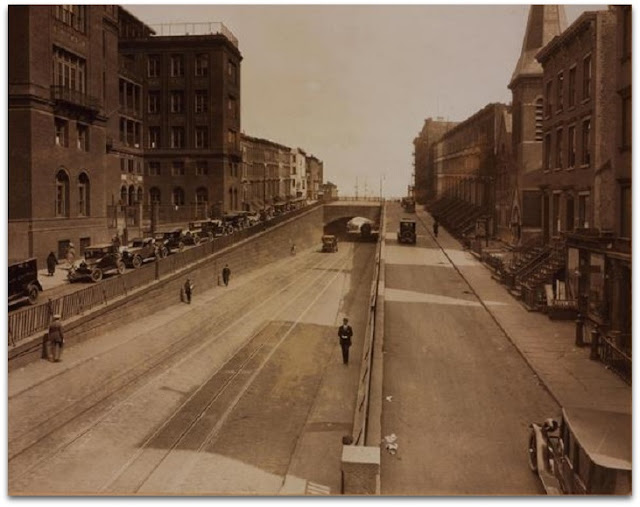 Above, a 1925 view, pre-Tudor, looking east down 42nd Street, then a three-lane boulevard bordered by a pair of ramps. The tunnel (at top center) was replaced in 1952 by the Tudor City Bridge. Not a single building in this photo still stands, save for the Church of the Covenant (whose steeple is at the upper right corner). 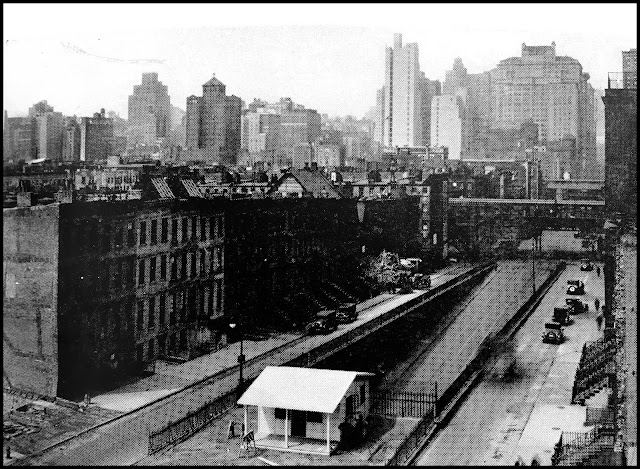 Opposite view of the ramps looking west down 42nd Street, around 1928. Second Avenue El in the distance. The white house at bottom center was a temporary rental office for Tudor City and set atop the tunnel. The rowhouses at center left will soon be replaced by the Woodstock and Hotel Tudor. 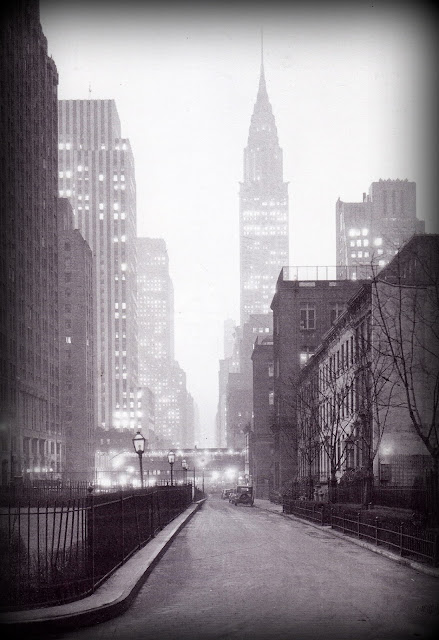 A romantic twilight view of the northern ramp looking toward the Chrysler Building. 1933 photo by Samuel Gottscho.

The ramps were demolished around 1950 when 42nd Street was widened to a six-lane boulevard, part of the neighborhood upgrades for the pending arrival of the United Nations. In their place today stand granite staircases.
Email ThisBlogThis!Share to TwitterShare to FacebookShare to Pinterest
Labels: 1920s, 1930s, Lost Tudor City