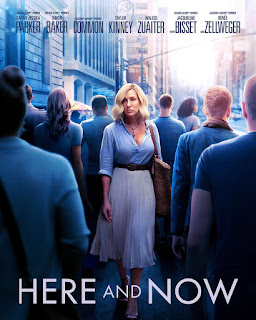 This episode of Tudor City on Film looks at Here and Now, a 2018 drama starring Sarah Jessica Parker as Vivienne Carala, jazz singer. Vivienne learns she has a brain tumor in the first scene, and for the rest of the movie she wanders around Manhattan in a daze.

Her walking is mostly confined to the city's concrete-and-glass canyons, so the Tudor City sequence ‒ which opens in the verdant South Park ‒ provides some respite. The action then moves to the Tudor City Bridge. See our earlier post on the filming of this sequence, here, when the film was titled Best Day of My Life.

Above and below, Vivienne visits the South Park, looking very lush.

She goes to the bridge and ponders the East River. A woman passes by. 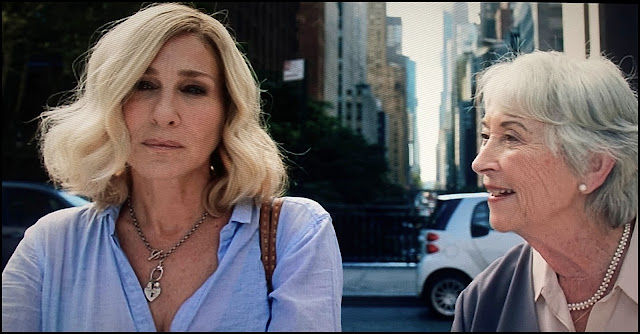 The woman speaks to her. "I saw a whale here once," she says enigmatically, gesturing toward the river. "Right there. Swimming. Big as a truck." Vivienne doesn't respond. "You don't believe me, do you?" the woman asks. 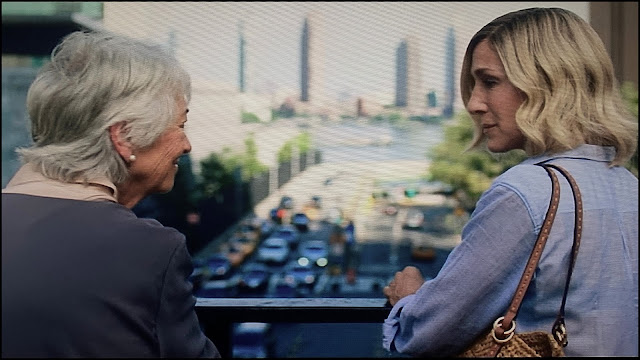 Vivienne remains silent, and the woman edges away. Vivienne crosses the street, phones her manager and arranges a meeting downtown. Cut to next scene. 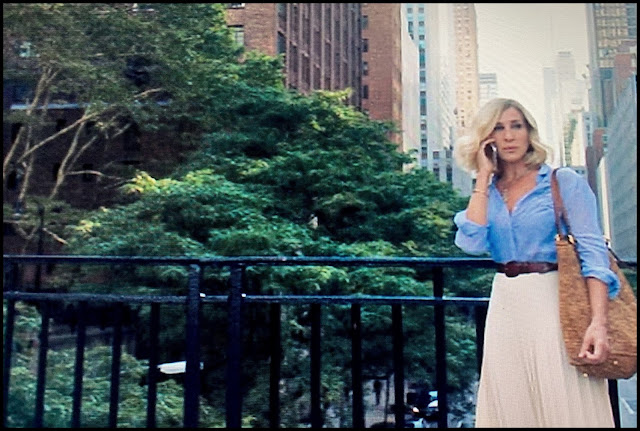 The downbeat subject matter was not an easy sell, and Here and Now was a flop, earning a dismal 23 rating on Rotten Tomatoes and grossing $13,892 after a one-week run in 51 theaters. It was pulled from theaters, and is now available on DVD and streaming platforms.
Email ThisBlogThis!Share to TwitterShare to FacebookShare to Pinterest
Labels: 2010s, Celebs, Movies