Another drawing of Tudor City by the prolific Vernon Howe Bailey, profiled earlier. Sketch No. 165 was one of 381 drawings the artist made of city street scenes, which were serialized in The Sun. Original caption, below. 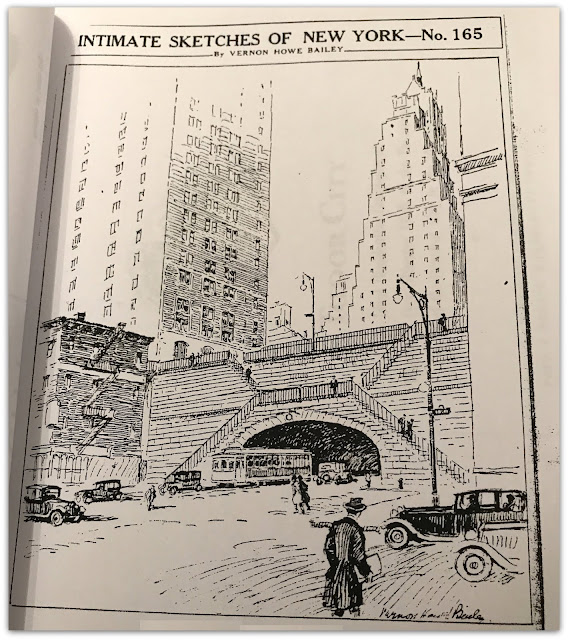 Forty-second Street and First Avenue.
The opening of the tunnel on Forty-second Street, west of First Avenue, and modern buildings of Tudor City are shown in the accompanying sketch. The tall building at the left is Tudor Tower and the peak-roofed structure is Woodstock Tower.
Monday ‒ West Street Scene.


Illustration from the collection of Brian Thompson.