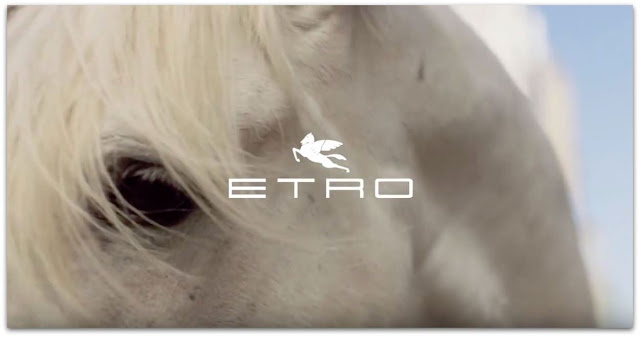 Several months ago, the Italian fashion house Etro shot the advertising campaign for their Fall Winter 2019/20 line on the Tudor City Bridge. It was quite a production, led by a scene-stealing white horse (seen around the complex, as reported earlier.)

Turns out the horse is Listo, a well-known nag thanks to his memorable appearance as the equine guardian angel in the 2014 film Winter's Tale. An Andalusian stallion, Listo has been groomed for film work and is a favorite of casting agents owing to his sweet disposition. "He loves to stand and pose for the camera," says his trainer.

Why was a horse used by Etro in the first place? A press release explains

The last time a white horse made a surprising appearance in the middle of Manhattan must have been when Bianca Jagger entered Studio 54 atop one. Fast-forward to 2019, and a white horse is again in the city, together with a family of beautifully strong characters of every age, shape, and race. A family united like a dynasty under the sign of Paisley. [Etro is pushing paisely for fall.]


See the video of the shoot here.