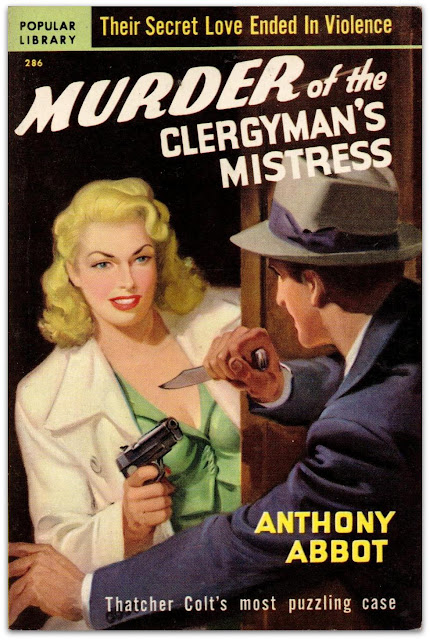 Today, a look at the Murder of the Clergyman's Mistress, a 1931 detective novel wherein Tudor City makes a cameo appearance.

The book opens with the discovery of two dead bodies ‒ a clergyman and his mistress ‒ in a dinghy in the East River. [The novel is loosely based on the sensational Hall-Mills murders of 1922, whose principals were known in the tabloids as "the Minister and the Choir Singer."] Enter Thatcher Colt, who is the New York City Police Commissioner and, not incidentally, an excellent amateur sleuth.

Tudor City is introduced early on when the bodies are found:

The "real estate troubadours singing their most plaintive ballads" is a snarky reference to Tudor City's ubiquitous advertising campaigns at the time.

In the end, Thatcher Colt solves the mystery. The clergyman killed his mistress ‒ and then his other mistress killed the clergyman.