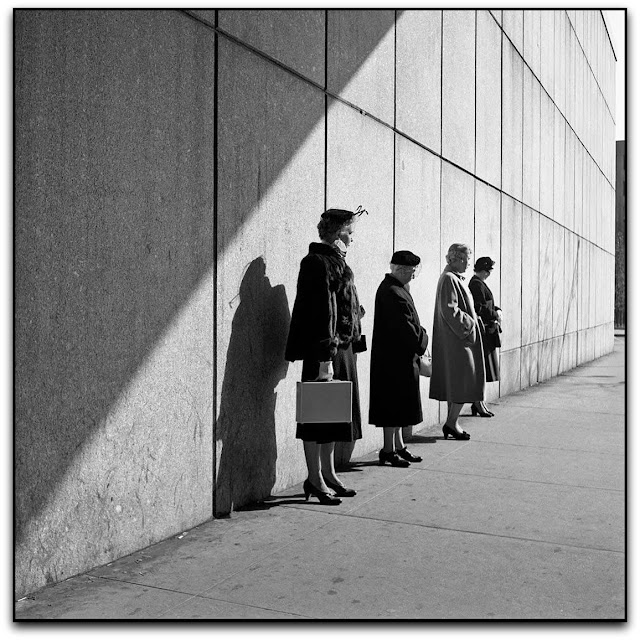 Today's picture is a photograph depicting four women beneath the Tudor City Bridge (seen in shadow) on October 31, 1954. They are waiting for a bus.

The photo was taken by Vivan Maier, a rather mysterious figure. She worked as a nanny her whole life, and, on the side, was an amateur street photographer. When she died in 2009, she left behind a large photo archive of her work ‒ over 100,000 negatives ‒ which had never been seen before. It lay undiscovered until it was purchased at an auction house, and the cult of Vivian Maier was born.

For more on Vivian Maier, check out her website, here.