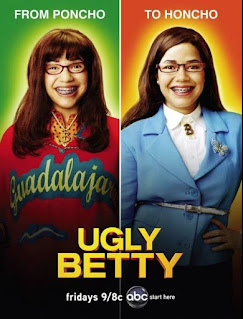 This installment of our ongoing series of films shot in the enclave is taken from the ABC comedy series Ugly Betty.

It tells the story of Betty Suarez, who lands a job at a glam fashion journal despite having a kooky personality and a one-of-a-kind style.

The particular scene we are interested in is Season 4, episode 2, entitled The Butterfly Effect, Part Two. 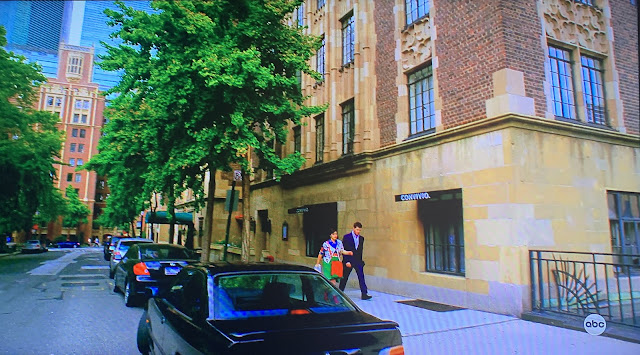 At the start of the sequence, Betty and her boss walk along Tudor City Place, following a nearby U.N. conference. 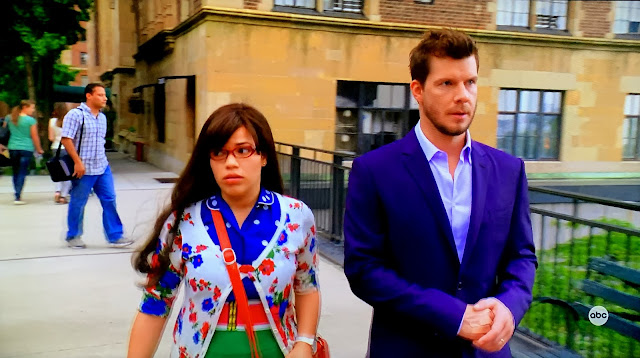 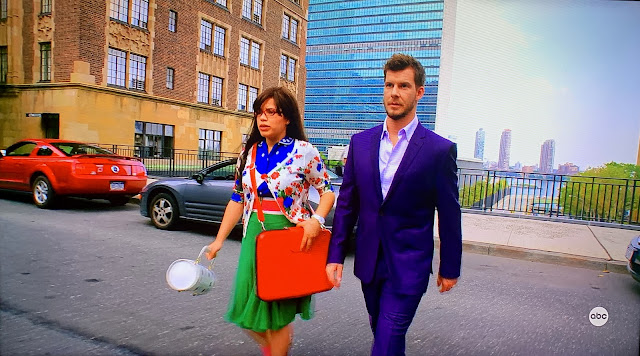 . . . as they make their way across the street. 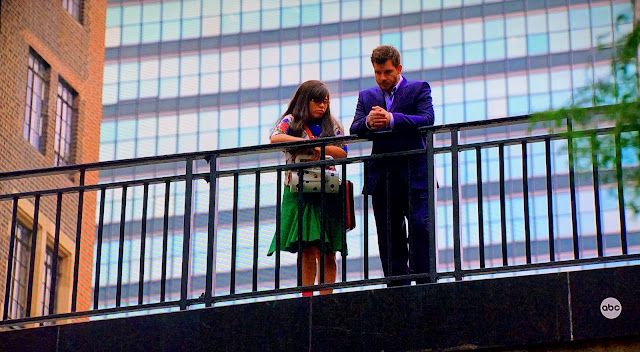 After many more shots of the pair, and some mutual confessions, he pronounces they should be "friends" forever, and throws his arm casually over her shoulder. 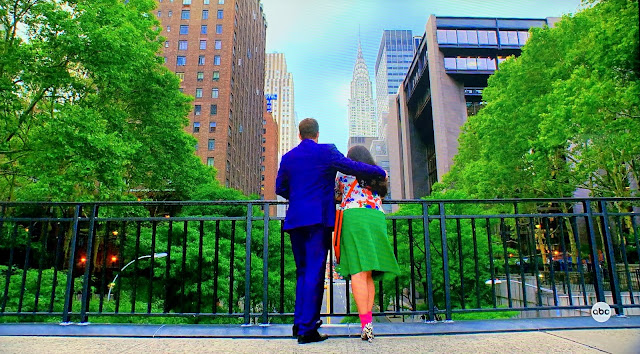