This edition of Tudor City on Film deals with a drama series from NBC about how a new medical director breaks the rules and fixes the system ‒ or at least tries to ‒ at America's oldest public hospital. The name of the fictitious hospital is New Amsterdam, but it's clearly standing in for Bellevue, the country's oldest.
This excerpt is taken from Season 4, Episode 2. 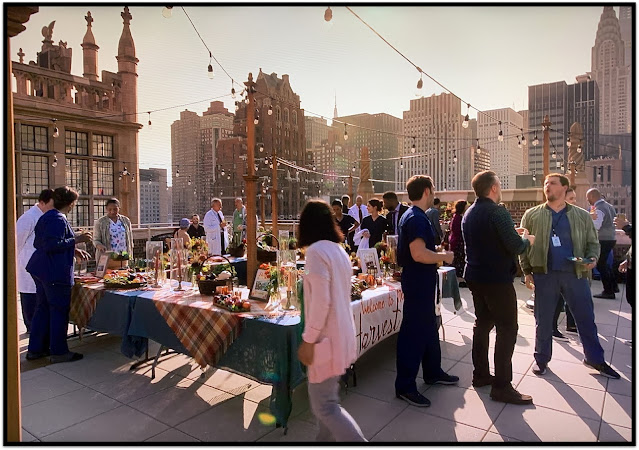 There's a party thrown on the rooftop of No. 45, and the mood is convivial. Some lovers have intimate conversations, but we dismiss them, intent on something else. 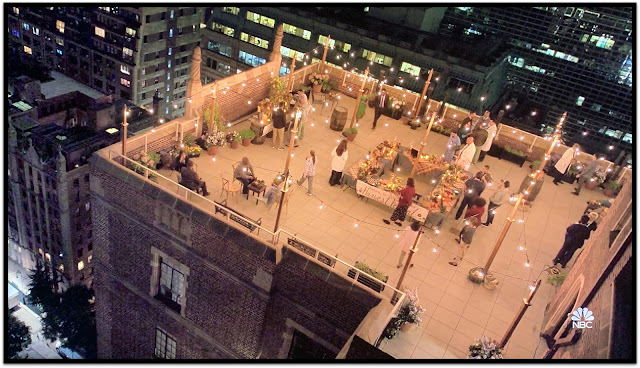 It is suddenly night and time for what we've been waiting for. 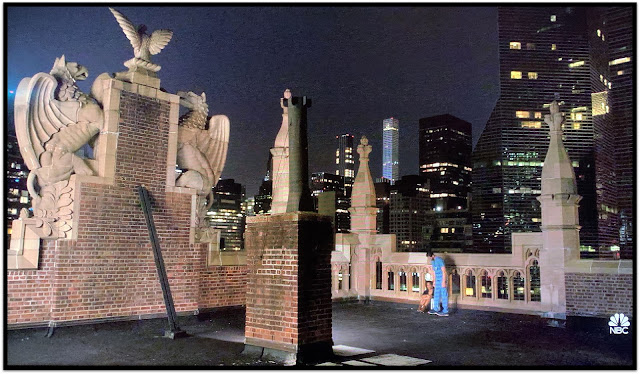 There, on the middle roof, are Dr. Max Gordon (Ryan Eggold) and Dr. Helen Sharpe (Freema Agyeman). Since they first hooked up ‒ in the previous episode ‒ Max and Helen have been hot and heavy for each other. Here they are more relaxed. She repeats she has a job offer in London, and says she has doubts about whether to take it. Max seems sympathetic but noncommittal. 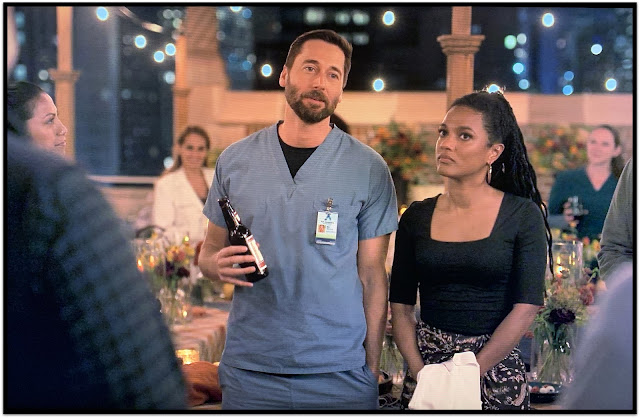 Minutes later, they rejoin the party. Then Max calls for silence and announces they're both going to leave. For London. Together. 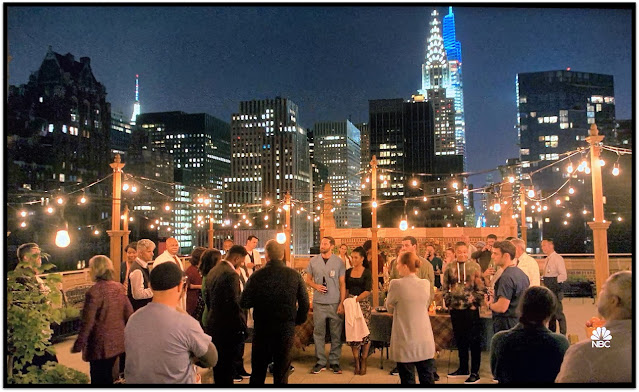 The thought of its medical director leaving stops the party cold. Cut to next scene.
Email ThisBlogThis!Share to TwitterShare to FacebookShare to Pinterest
Labels: 2020s, Movies, Prospect Tower / No. 45