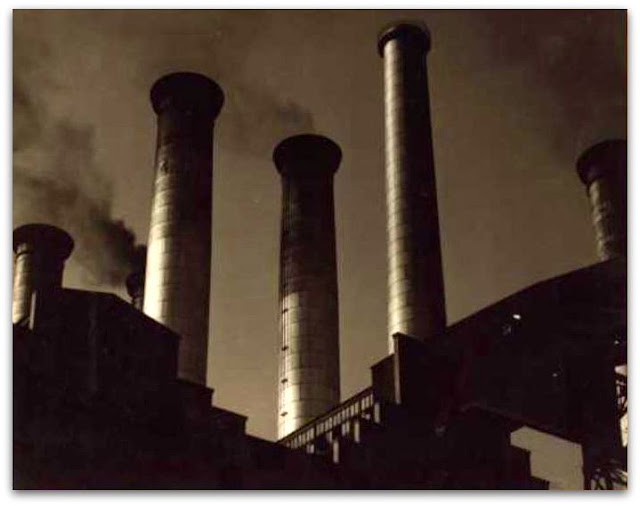 Today, a look at a problem that plagued Tudor City from day one. Soot. It came from the smokestacks of New York Edison's Waterside Station, positioned catty-corner to No. 5 on First Avenue. 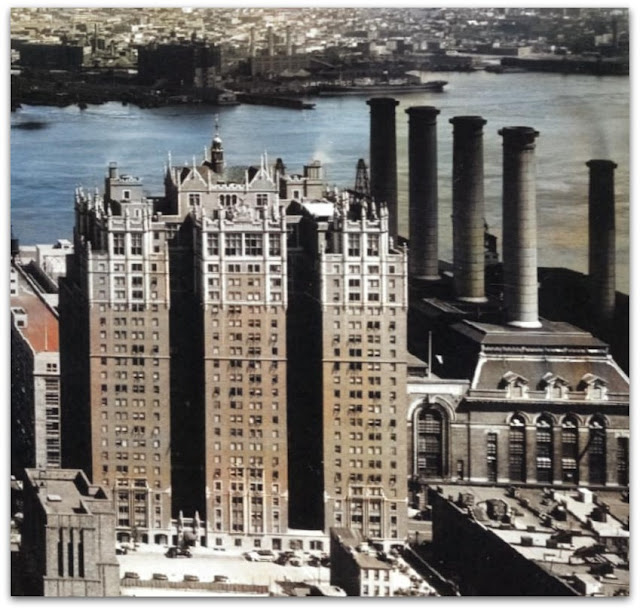 It was too close for comfort, that was apparent from the start.
It was enough of a problem that the Daily News ran an editorial about it on October 4, 1930, above. Simply put, you needed some kind of material to burn to make steam to turn dynamos to generate electricity. This material was coal.

The type of coal used was anthracite, which burned slowly and pungently, and the News claimed that "powder blowers" were the answer. Whether or not they were ever installed is unknown; the complaints against soot continued.

By the 1950's, the plant had managed to reduce the number of smokestacks to three (although they look considerably wider) and switched from coal to natural gas in 1958. Critics found little improvement.
Finally, after much discussion, the station was decommissioned, its last usage on April 25, 2005. Demolished in 2007, it has been a vacant lot ever since.

Email ThisBlogThis!Share to TwitterShare to FacebookShare to Pinterest
Labels: 1930s, Windsor Tower / No. 5