We've written about the wooden fence before, but the discovery of some old photos make it prime for revisiting.

To recap: the rustic, split-rail fence was installed in February, 1953 as part of the neighborhood upgrades for the arrival of the United Nations. It appears that the city had exhausted its budget and so the decision was made to replace the broken-down fence with wood instead of iron; it was the cheaper option.
It was never much liked, but endured for forty-one years. Under the auspices of Tudor City Greens, it was replaced in 1994 by an iron one very similar to the original.
The color photos below were made in 1988. 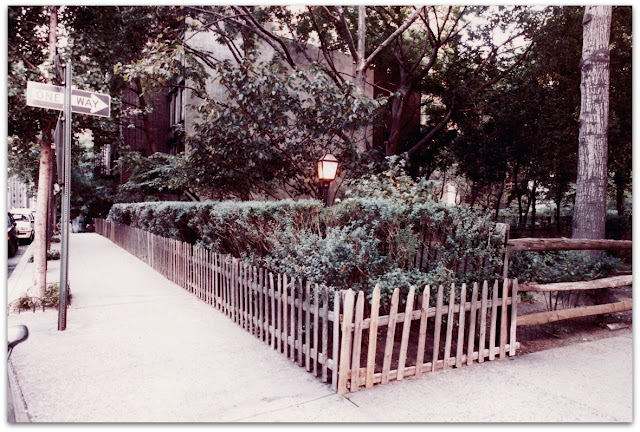 East 41st Street and Tudor City Place. A different style of fence was used on the corners of the park. 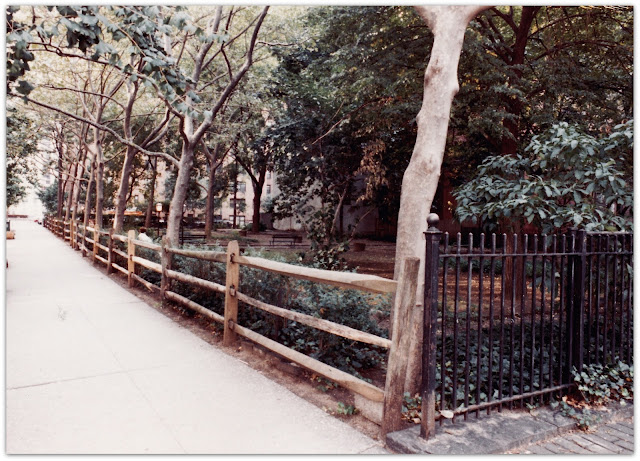 The South Park, showing all of the split-rail fencing. There was an iron version opposite 42nd Street. 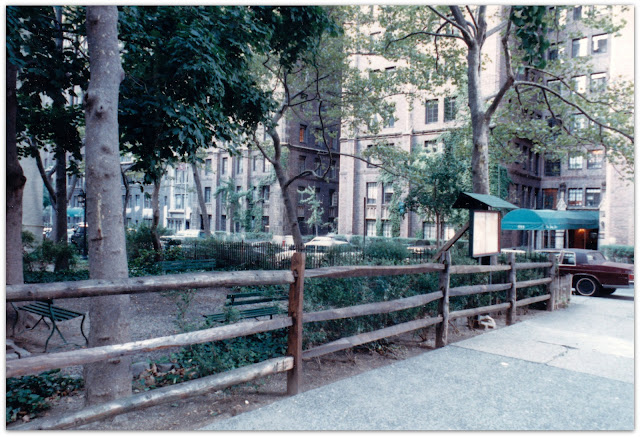 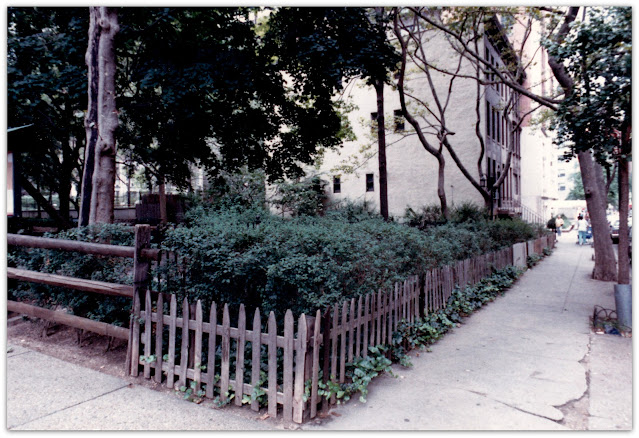 Tudor City View, the monthly community magazine, featured the wood fence on its cover many times. 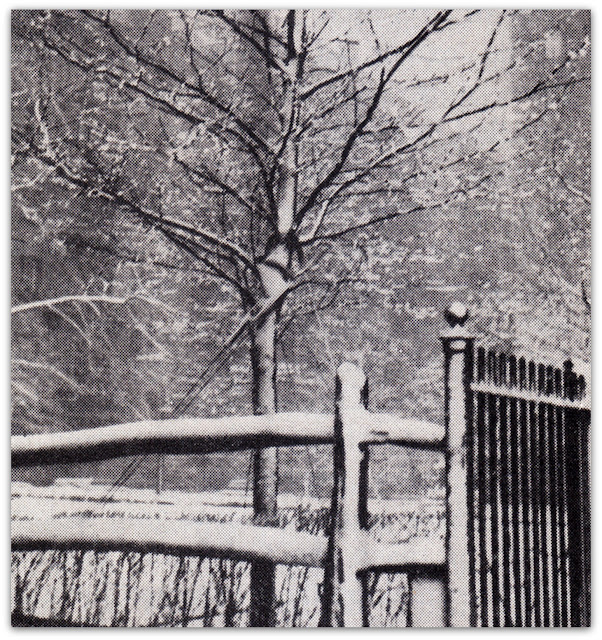 One must admit, however, that the wood looked good when it snowed.
*  *  *  *
I am going away on vacation, so that means the next edition of Tudor City Confidential will be on October 16th. See you then!
Email ThisBlogThis!Share to TwitterShare to FacebookShare to Pinterest
Labels: 1990s, Parks