The Voice was the internal news organ of the ever expanding empire of Fred F. French. When it began in 1925, it was originally conceived as a sales technique manual, but as employees grew, The Voice's pieces grew more broad.
Today's installment is from November, 1930, and its cover photo depicts a new branch office for French Plan investors in Newark, New Jersey. But the real news is that the country has been in a Depression since October, 1929. 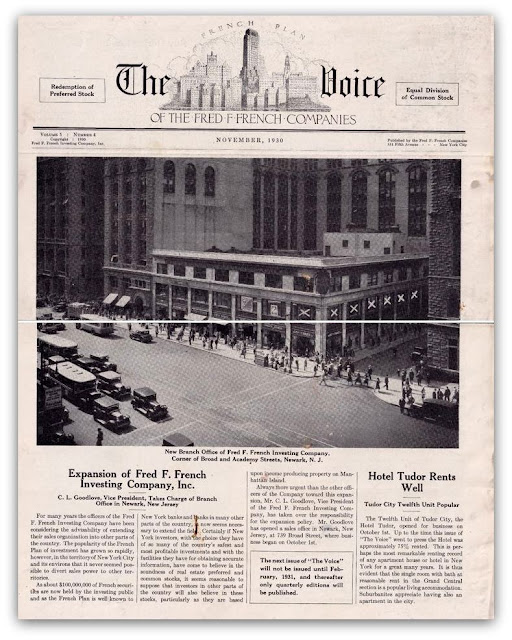 Here are the stories on page 1: "Expansion of Fred F. French Investing Company, Inc.," which relates the opening of the first branch outside of Manhattan in Newark; the Xs on the windows show the offices rented.
"Hotel Tudor Rents Well" claims that in the first month in business it is approximately 75% full. 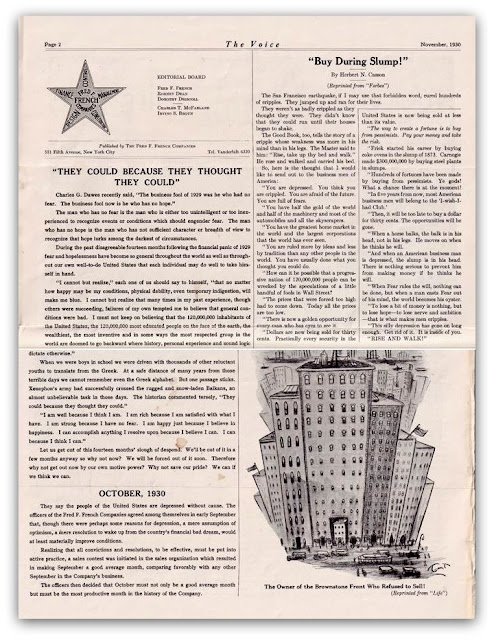 "They Could Because They Thought They Could" is plainly Fred French's view of the Depression. "During the past disagreeable fourteen months following the financial panic of 1929, fear and hopelessness have become general throughout the world. . . Let us get out of this slough of despondency. We'll be out of it in a few months anyway, so why not now? We will be forced out of it soon."
Similarly, "Buy During Slump!" urges readers to reinvest. The cartoon is entitled "The Owner of the Brownstone Front Who Refused to Sell," depicting a mighty colossus built around the lone brownstone. 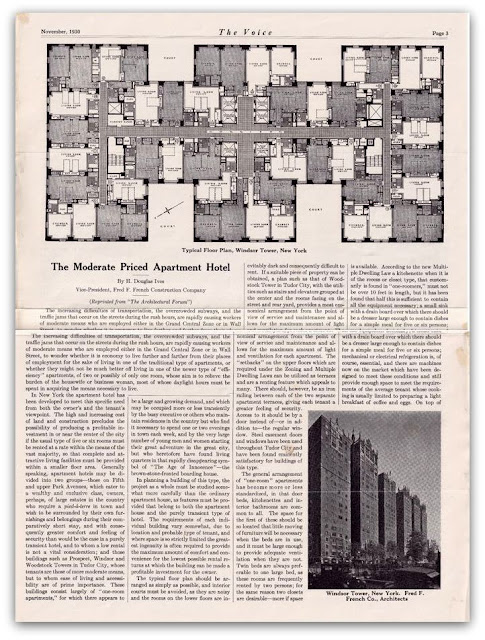 "The Moderate Priced Apartment Hotel" was written by H. Douglas Ives, the main architect of Tudor City (and reprinted from The Architectural Forum). Although many others contributed to Tudor City's look, it was Ives who signed off on the final design. Illustrations include a typical floor map for The Woodstock and a photo of No. 25 and No. 5. 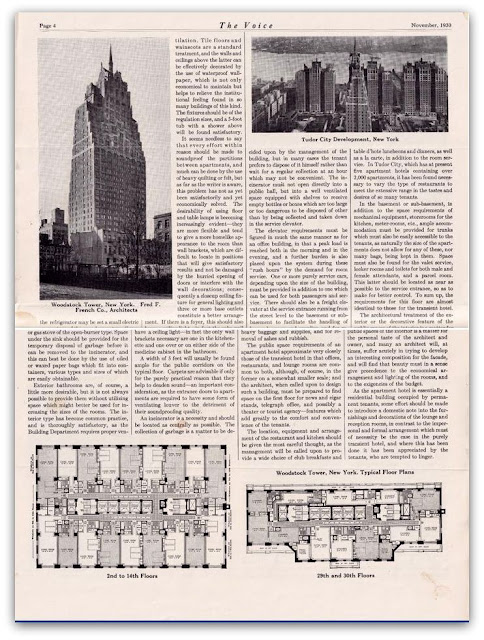 A continuation of Ives' article carries over to the back page. He's very cavalier about the size of the apartments' kitchens. Photos of The Woodstock and the Tudor City Development, and more floor plans from The Woodstock.
Email ThisBlogThis!Share to TwitterShare to FacebookShare to Pinterest
Labels: 1930s, Advertising, Artifacts, Fred French, Tudor Tower / No. 25, Windsor Tower / No. 5, Woodstock Tower