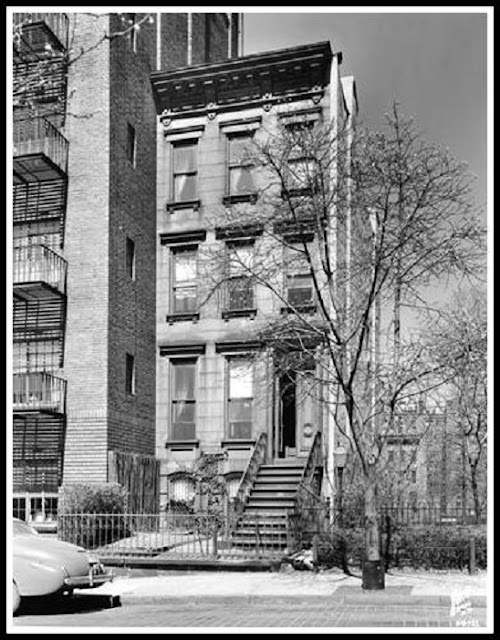 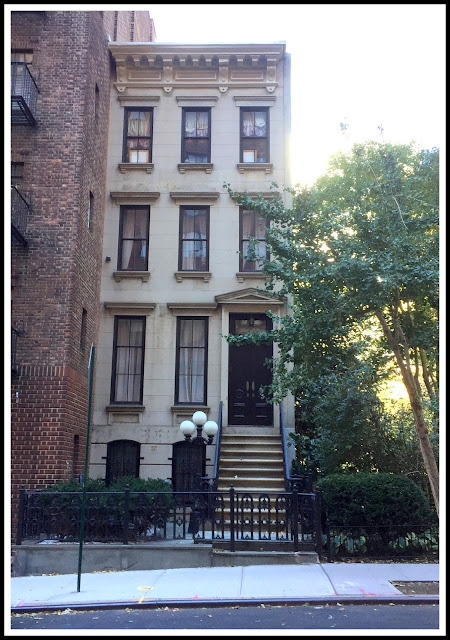 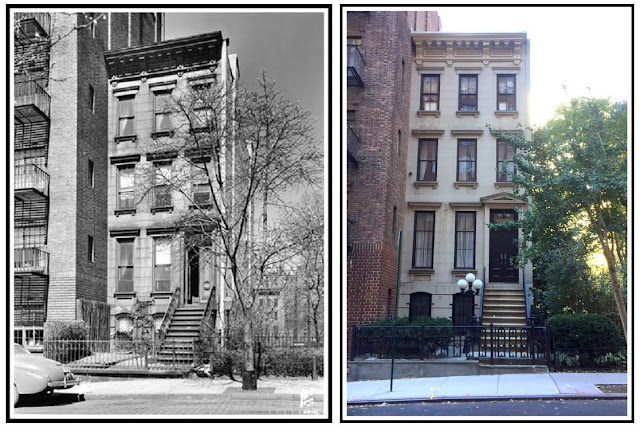 337 East 41st Street is the vintage rowhouse that lies adjacent to the South Park. As the photos above attest, not much of its Italianate facade has changed over the last 70 years, save for a new fence, enhanced landscaping and globe lights at the entrance.

Actually, not much about it has changed since it was built as a single-family dwelling in 1871, purchased by one S.J. Lazarus for about $10,000. By the mid-1880s, as Prospect Hill's fortunes started into decline, it became a boarding house, and it seems to have shifted back to single-family use around the turn of the century. When the French Company began buying up the neighborhood in 1925, it was a hold out. In 1970 it was sold to real estate titan Harry Helmsley, no doubt to be demolished as part of his plans to build on the Tudor City parks.

Email ThisBlogThis!Share to TwitterShare to FacebookShare to Pinterest
Labels: 1940s, 2010s, Parks, Rowhouses, Then and Now