Today, we return to an advertising campaign partially featured in an earlier post. Running April‒May, 1930, the campaign profiles some of Tudor City's earliest residents. Young, aspirational types, they were exactly who Fred French was hoping to attract.

Below, five different profiles with the same theme. We've summarized the copy for easier reading. 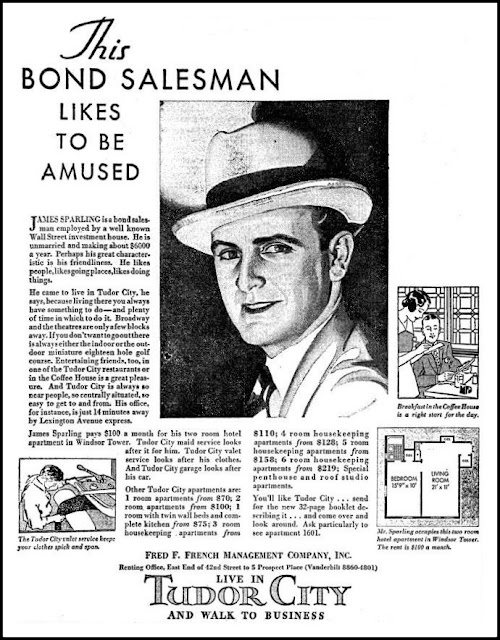 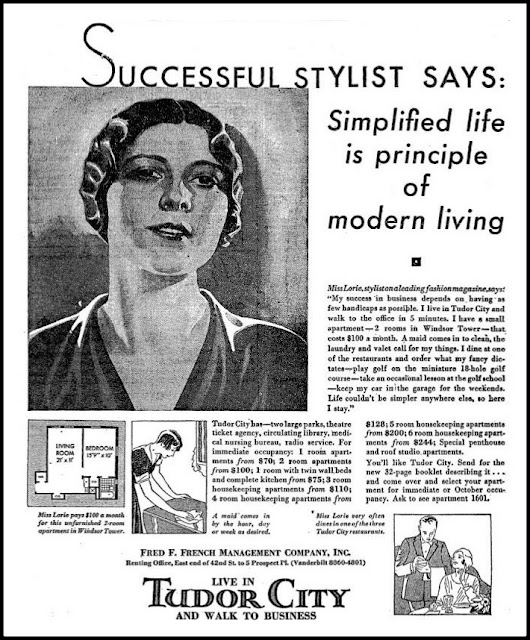 Miss Lorie, a stylist for a leading fashion magazine. Lives alone in No. 5 in a $100-a-month one-bedroom. Often dines in one of the Tudor City restaurants and "orders what her fancy dictates." She plays golf on the 18-hole miniature golf course and "takes an occasional lesson at the golf school." Why she likes Tudor City: "Life couldn't be simpler anywhere else, so here I stay." 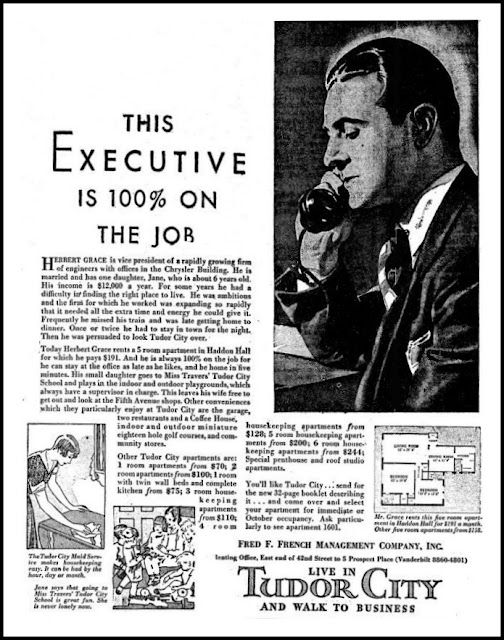 Herbert Grace, vice president of an engineering firm with offices in the Chrysler Building. Salary $12,000 a year. Married with a six-year-old daughter. Lives in a $191-per-month two-bedroom in Haddon Hall because he can "stay at the office as late as he likes and be home in five minutes." His daughter attends Miss Traver's local nursery school, leaving his wife "free to get out and look at the Fifth Avenue shops." 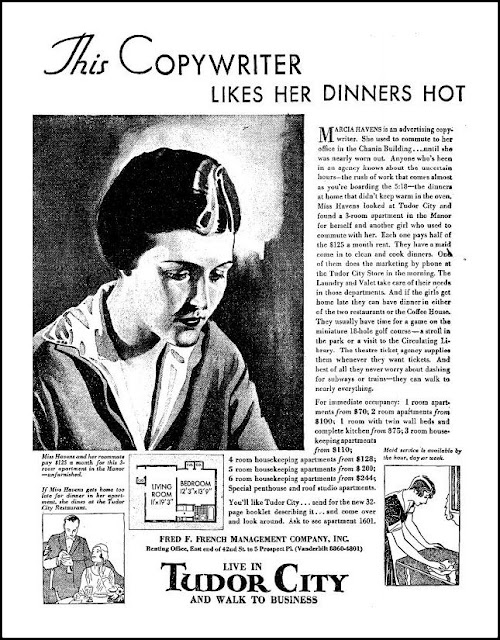 Marcia Havens, an advertising copywriter whose office is in the Chanin Building. Single, lives with a roommate in a one-bedroom Manor apartment, paying half of the $125-per-month rent. They alternate "doing the marketing by phone" at the Tudor City Grocery and have a maid who "comes in to clean and cook dinners." In the evenings, they stroll in the park, stop by the Circulating Library or get show tickets from the enclave's Theater Ticket Agency. 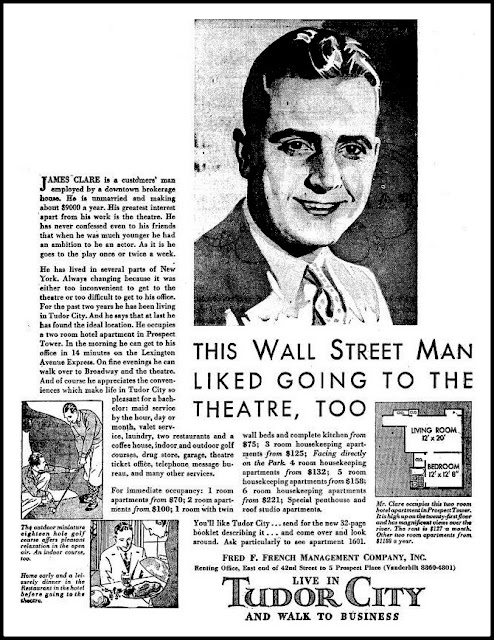 James Clare, employed by a downtown brokerage house. Single, earns $9,000 a year. Lives in a 21st-floor Prospect Tower one-bedroom at $127 a month. His "greatest interest apart from his work is the theater," which he attends once or twice a week. Appreciates the "conveniences which make life in Tudor City so pleasant for a bachelor."