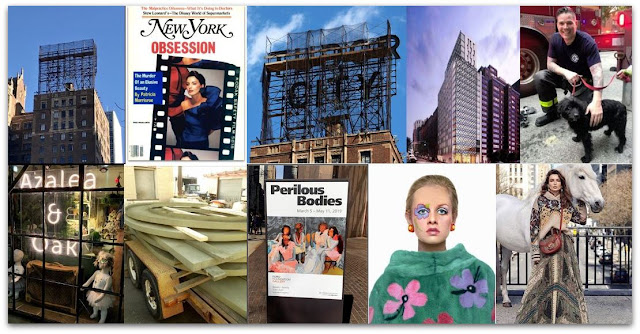 A year-end roundup of the stories that got the most hits in 2019.
Click on the title to read the post.

2. CONFIDENTIAL: Tudor City's Most Sensational Crime. Recounting a shocking 1985 triple murder in No. 25.

5. Strange But True: SCOTCH, THE WONDER DOG.
A dog, trapped in an apartment on fire, manages to open the window so he can be rescued by firemen.

9. Residents: TWIGGY. The '60s supermodel reveals she was a Tudor City resident on Instagram.

10. Introducing LISTO, the Wonder Horse. A fashion shoot on the Tudor City Bridge featuring Listo, a white stallion famous for his acting and modeling work.