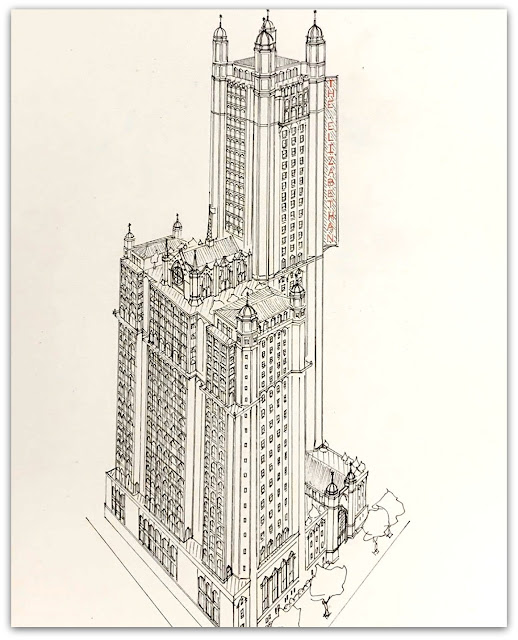 Presenting The Elizabethan Apartments, a fantasy building that's one part Tudor City, one part Burghley House in Lincolnshire, England. Created by Instagrammer imaginaryarchitecture, a self-described "architecture nerd," it's part of a series of "buildings that don't exist. . . but should. All drawings done with just a pen, a pencil and a ruler." 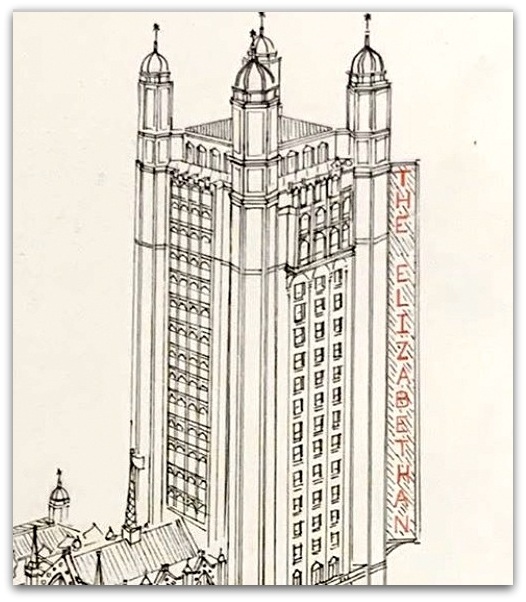 Close-up of the tower's turrets, and a Tudor City influence, its sign. 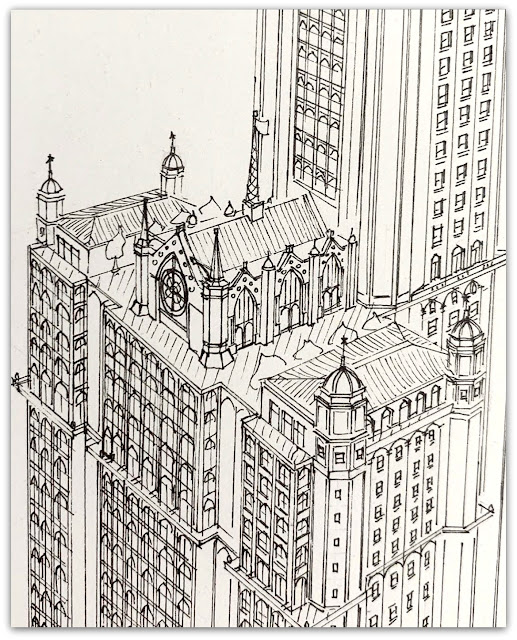 The rooftop chapel is a "great spot for a residents-only club house." 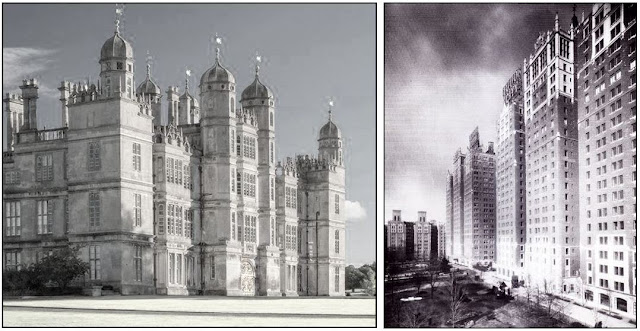 Above, Burghley House and Tudor City. The former, a Tudor mansion dating from 1555, is open for tours. Info here.