Today, some rare photos documenting the construction of the Tudor City Bridge in 1951. The bridge replaced a circa-1880 tunnel, built for horse-powered transportation and a notorious traffic bottleneck in the automobile age.

The project was overseen by master builder Robert Moses, and one of many improvements to the area in preparation for the arrival of the United Nations. 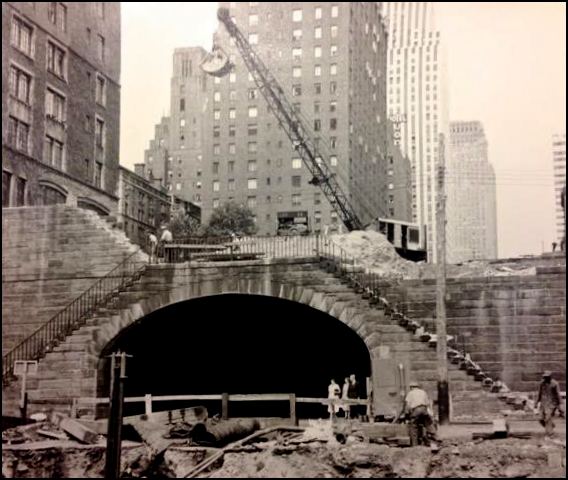 1951. A construction crane begins demolition of the 42nd Street tunnel. 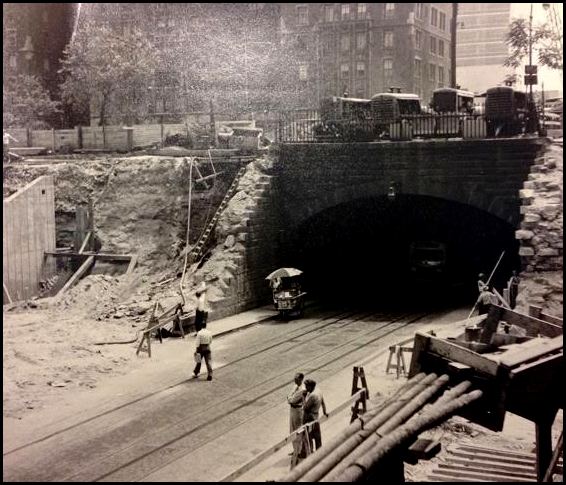 The western side of the tunnel being dismantled. At center, under the umbrella, an enterprising hot dog vendor. 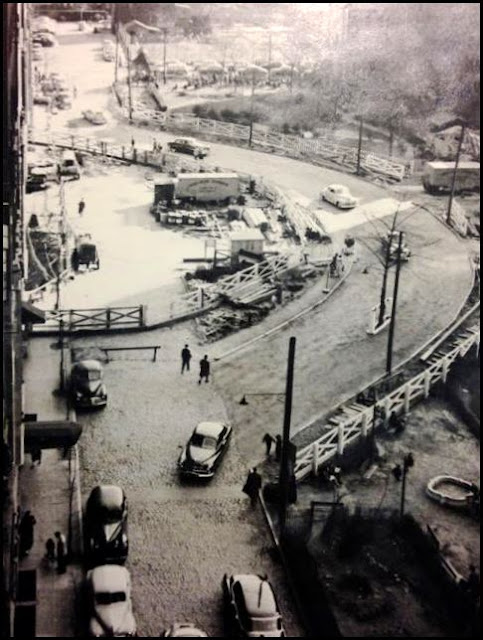 On Tudor City Place, a semicircular detour ‒ cut out of the parks ‒ was constructed to keep traffic flowing during the bridgework. View looks south from 43rd Street. 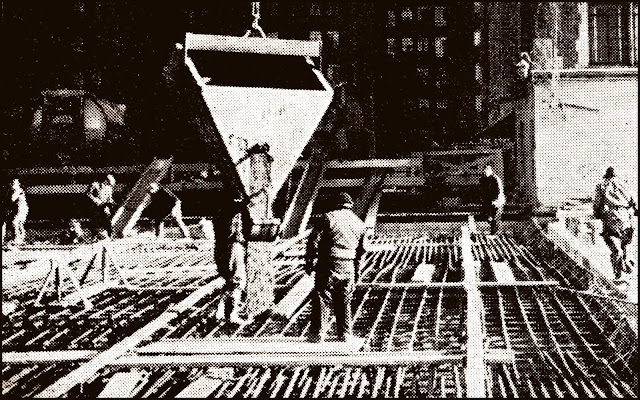 Readying the forms for the reinforced concrete bridge. 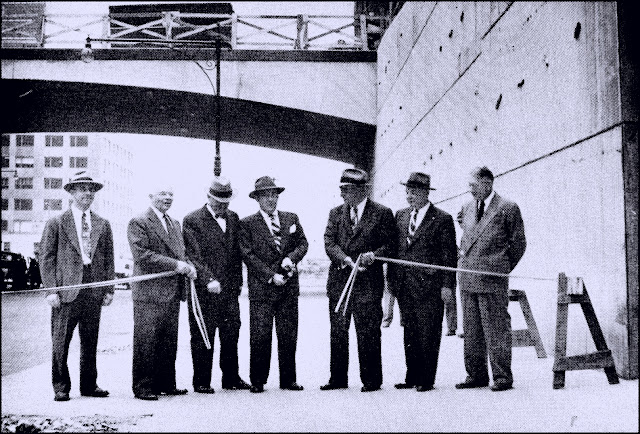 October, 1952. Ribbon-cutting ceremony for the Tudor City Overpass, as the bridge is officially known; Robert Moses, third from right.